Guillain-Barré syndrome (GBS) is an acute autoimmune inflammatory demyelinating polyneuropathy.(1) Psoriasis is an inflammatory disease characterized by lesions of the skin, nails, and joints.(2) In this article, we report a male patient with psoriasis presenting with GBS.

A 66-year-old male patient presented to the emergency department with complaints of numbness, tingling, and weakness in his legs since last two hours. The patient had a history of chronic plaque psoriasis affecting the lower limbs (Figure 1). On neurological examination, his dorsiflexor strength of right ankle was 4/5 and eversion strength of left ankle was 3/5. His vibratory sense was decreased on lumbar 3 and 4 dermatomes in left lower extremity. Deep tendon reflexes were normal on upper extremities; but patella reflexes were decreased in the lower extremities. The patient's laboratory studies did not reveal any infectious process. His cerebrospinal fluid studies revealed protein count of 35.8 mg/dL and glucose of 60 mg/dL with normal cell count. Cerebrospinal fluid cultures were sterile. Nerve conduction studies of the patient reported early stage acute inflammatory demyelinating polyneuropathy (Table 1). He fulfilled the Brighton criteria for GBS.(3) After GBS diagnosis, therapy with intravenous human immunoglobulin was instituted in addition to methotrexate (15 mg/week), folic acid (5 mg/week), and pregabalin (600 mg/day). He recovered gradually over the next three weeks gaining a muscle power of 5 in lower limbs. He showed significant improvement functionally and became able to walk independently. He was discharged from the hospital and the patient was called for a control visit two weeks later. 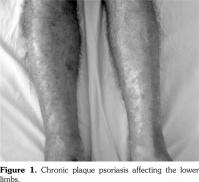 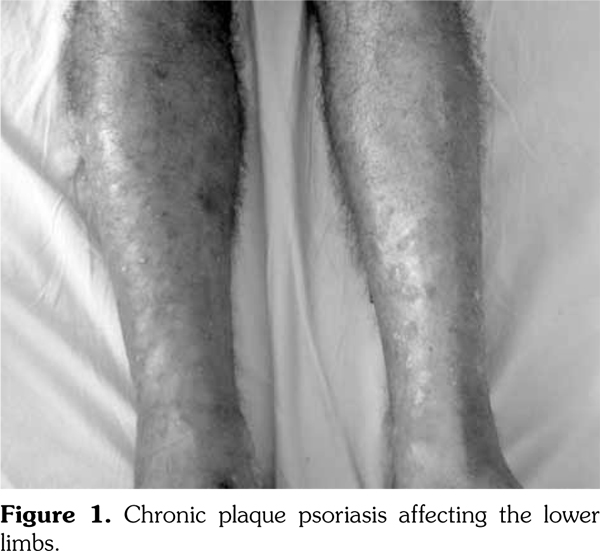 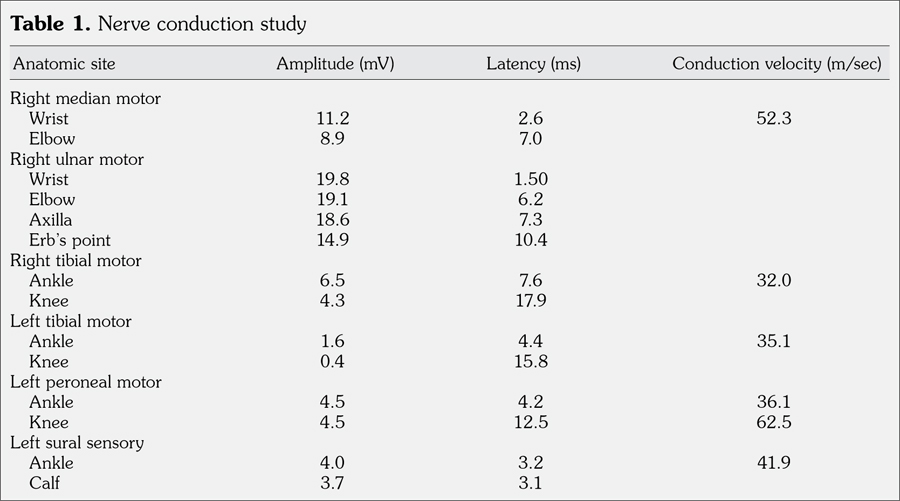 Neurologic disorders of psoriasis are rare manifestations.(4-6) To our knowledge, this is the first psoriasis patient presenting with GBS. When neurologic dysfunctions develop in patients with psoriasis history, the possibility of GBS should be kept in mind and the patients should be examined in this respect.
Conflict of Interest