Heterotopic Ossification in Hip and Knee Joint After Abdominal Surgery

Heterotopic ossification is a pathological new bone formation occurring in tissues that would not normally ossify. The ectopic bone is located extra-articularly and the joint capsule is intact. It occurs in the connective tissue between muscle layers[1]. The etiopathogenesis is not clear yet. However, tissue hypoxia caused by circulatory disorders, abnormal calcium metabolism, loss of control in the sympathetic nervous system, microtraumas connected to range of motion exercises, and genetic factors are suggested[2]. When etiological factors are taken into consideration, heterotopic ossification can be handled under the headings of neurogenic or traumatic. Neurogenic heterotopic ossification occurs after head trauma, spinal cord injuries and cerebrovascular events. Traumatic heterotopic ossification occurs after fractures, total hip and knee arthroplasty and direct traumas related to sports injuries. In addition, it may occur during the course of burns, systemic metabolic diseases, connective tissue diseases, and malignancies[3].

Heterotopic ossification usually starts to occur within two weeks after injury and clinical findings present in 8-10 weeks[1]. It is seen more frequently in the hip joint, but can also be seen in shoulder joints. The first clinical signs are usually localized swelling, pain and limited movement. Clinical findings, laboratory tests, three-phase bone scintigraphy, ultrasonography, and computed tomography are helpful in the diagnosis. Indomethacin, radiotherapy and bisphosphonates are used in the treatment. After surgery, single-dose radiotherapy and especially indomethacin (75 mg/day) are recommended for prophylaxis. Etidronate may inhibit calcium disodium precipitation and osteoid mineralization and may prevent the formation of new bone. The prognosis in patients with early diagnosis and treatment is quite good. Surgical treatment is rarely needed. In this paper, we report a patient operated due to aortic aneurysm rupture who developed heterotopic ossification in her knee and hip joints.

A 52-year-old female patient was admitted to our clinic with pain, swelling and limitation of motion in her left leg. It was learned that the patient underwent aortic valve replacement and aortoiliac bypass approximately 20 days ago. The patient was cooperative. She was brought to the outpatient clinic by stretcher. She described pain in the left thigh and leg, which increased when she tried to move her leg. Swelling was present approximately 5 cm above the left knee joint. There was no color change or spasticity. Deep tendon reflexes were normoactive. The knee and hip joint range of motion could not be evaluated because of severe pain. Laboratory examinations results were as follows: hemoglobin (Hb): 10.2 g/dl, hematocrit (Hct): 32%, white blood cell (WBC): 5200/mm3, platelet: 30, 000/mm3, erythrocyte sedimentation rate: 22 mm/h, C-reactive protein: 4, and alkaline phosphatase (ALP): 460 U/L. Other biochemical tests and urine tests were within normal limits. Periarticular osteosis areas were seen around the left hip joint in pelvic radiographs (Figure 1). No new bone formation around the knee joint was seen on the X-ray (Figure 2). In the left hip and knee bone scintigraphy, increased osteoblastic activity was considered as heterotopic ossification developing in two separate regions. The patient was started on passive joint range of motion exercises for the knee and hip joint. Cold pack on the hip and knee joints three times daily for 20 minutes was recommended. Indomethacin (75 mg/day) and etidronate disodium (400 mg/day) were given. Control of pain and decreased swelling were achieved after approximately 20 days, and increase in range of motion was detected. Joint range of motion and stretching exercises were continued with the rehabilitation, and the patient was recommended to continue treatment with etidronate disodium for three months. 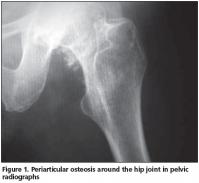 Figure 1. Periarticular osteosis around the hip joint in pelvic radiographs
× 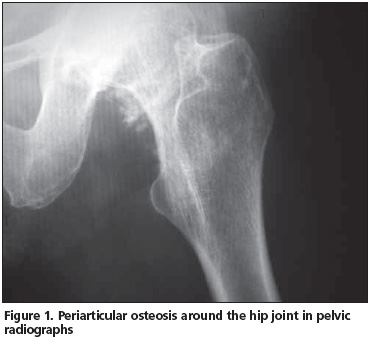 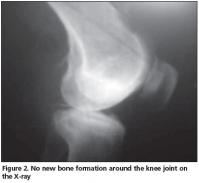 Figure 2. No new bone formation around the knee joint on the X-ray
× 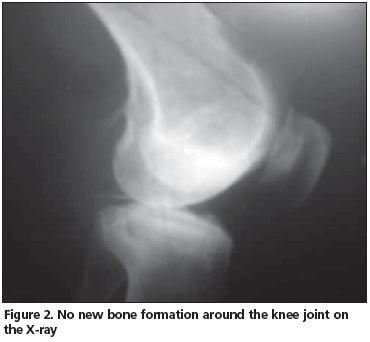 In view of heterotopic ossification developing after surgery in patients, this syndrome is thought to occur with long-term immobilization[4,5]. However, heterotopic ossification in our patient developed in the early postoperative period, which may suggest the role of abdominal surgery in the etiology. Our patient had sudden severe abdominal pain, back pain and syncope and was operated in a special emergency center. During the operation, a ruptured abdominal aortic aneurysm due to aortic segment aneurysm was detected, and exploration, graft and iliac artery anastomosis were done.

It has been reported that heterotopic ossification developing in six patients with adult respiratory distress syndrome may be related to neuromuscular blockade[9].

The etiopathogenesis of heterotopic ossification has not been fully explained. However, it has been suggested that tissue hypoxia due to trauma and immobility, an inflammatory reaction and new bone tissue formation due to circulatory slow down may explain its development. The emergence of heterotopic ossification in different clinical conditions may suggest an underlying genetic predisposition. In recent years, bone morphogenic protein was suggested as a new factor that may cause new bone formation.

Although heterotopic ossification has various etiological factors, treatment usually consists of range of motion exercises, nonsteroidal anti-inflammatory drugs, bisphosphonates, radiotherapy, and surgical treatment options. In the present case, it is difficult to determine the possible cause of the heterotopic ossification. It may have been due to the abdominal surgery, immobilization or circulatory disorder. However, it should be kept in mind that early diagnosis and radiological and laboratory followup are very important for all of these clinical conditions.