Objectives: This study aims to assess the relationship between fibromyalgia syndrome (FMS) and vitiligo in Iraqi patients and evaluate the predictors of this relationship, if present.
Patients and methods: The case-control study included 100 Iraqi patients (46 males, 54 females; mean age 30.4±14 years; range 15 to 65 years) with vitiligo and 200 age- and sex-matched healthy controls (74 males, 126 females; mean age 30.3±9.4 years; range 15 to 62 years). Baseline characteristics of patients and controls were recorded. The 2012 Canadian Guidelines criteria were used for the diagnosis of FMS and applied to all patients and controls.
Results: Prevalence of FMS in vitiligo patients and controls was 12% and 7%, respectively (p=0.15, odds ratio=1.8, 95% confidence interval=0.8-4.08). FMS symptoms in vitiligo patients were fatigue (46%), diffuse body pain (34%), sleep disturbance (33%), cognitive dysfunction (30%), and mood disorders (23%), while visceral involvements were central nervous system (52%), skin (35%), gastrointestinal tract (32%), cardiovascular system- respiratory system (16%), genitourinary tract (8%), and ear nose throat (7%). Of vitiligo patients, FMS was significantly more common among females (22.2%) compared to none among males (0%) (p<0.05). Prevalence of FMS was restricted to female sex only and a significantly higher prevalence rate of FMS was found among female vitiligo patients (22.2%) compared to controls (9.5%). Receiving phototherapy significantly increased the risk of having FMS by 5 times compared to female patients not receiving phototherapy. Use of any steroid reduced the risk of having FMS by 2.5 times (inverse of odds ratio=0.4) among females patients (p>0/05). No significant association was found between FMS in vitiligo patients and age, disease duration, type of vitiligo, use of any immunosuppressant and body mass index (p>0.05).
Conclusion: Fibromyalgia syndrome was more prevalent in vitiligo patients compared to controls, which was clinically important but statistically not significant. There was a significant association between FMS in vitiligo patients and female sex, severe form of vitiligo, and receiving phototherapy. This may suggest that early diagnosis of FMS in vitiligo patients may help in early treatment and subsequently improve patients’ quality of life.

Fibromyalgia syndrome is a common, highly disabling syndrome characterized by chronic widespread pain, fatigue, problems in sleep, memory, and mood changes.(1) The etiology of FMS remains unknown. Research highlights some of the biochemical, metabolic, and immunoregulatory abnormalities associated with FMS.(2) Vitiligo is an acquired pigment disorder in which depigmented macules result from the loss of melanocytes from the involved regions of skin and hair.(3) There are many theories concerned with the pathogenesis of vitiligo including the neural theory and neuropeptides,(4) the autoimmune hypothesis, the reactive oxygen species model, zinc-α2-glycoprotein deficiency hypothesis, viral theory, intrinsic theory and biochemical, molecular and cellular alterations accounting for loss of functioning melanocytes in vitiligo.(5)

Although FMS is generally regarded as a non-inflammatory and non-autoimmune disease,(6) there are numerous studies confirming the high prevalence of FMS among patients with autoimmune diseases like systemic lupus erythematosus in Iraq(7) and the world,(8) rheumatoid arthritis,(9) psoriatic arthritis,(10) autoimmune thyroid disease,(11) and Behçet's disease.(12) Some studies have investigated FMS incidence in dermatologic disorders such as psoriasis(13) and chronic urticaria.(14)

The FMS syndrome is known to cause functional disability and have a negative impact on patient's quality of life (QoL).(15) Moreover, depression and/or anxiety are important parameters in criteria for diagnosis of FMS.(16) Vitiligo is associated with high psychiatric comorbidity, major depression, anxiety and adjustment disorder with a negative effect on QoL,(17) with emotional stress reported as a precipitating factor for many patients with vitiligo.(18) Because FMS and vitiligo share a common pathophysiology and relationship with autoimmunity, psychiatric comorbidity and functional disability; this may suggest the presence of a link between FMS and vitiligo.

This case control study was conducted at the Department of Dermatology and Unit of Rheumatology in Baghdad Teaching Hospital between September 2015 and May 2016. The study protocol was approved by the Ethics Committee of Baghdad University, College of Medicine and Medical Department. A written informed consent was obtained from each participant. The study was conducted in accordance with the principles of the Declaration of Helsinki.

interview and questionnaires and another paper CRF for control participants. Questionnaires for patients with vitiligo and controls included information on age, sex, employment, and marriage status. We measured Body Mass Index (BMI) according to the equation BMI=weight/ height.(2) Patients with vitiligo were fully assessed for their disease including parameters such as type, duration, and severity of disease, which had been measured according to the rule of nines.

Statistical analyses were performed using IBM SPSS version 23.0 (IBM Corp., Armonk, NY, USA) Microsoft Excel 2016. Compliance of quantitative random variables with normal distribution was analyzed using the Kolmogorov- Smirnov test. All the outcome (response) variables were normally distributed variables. Such variables were described by mean, standard deviation and standard error. The difference in mean between two groups was assessed by t-test. An association between two categorical variables was explored by cross-tabulation. The statistical significance of such associations was assessed by chi-square test. Fisher’s exact significance testing was used to explore cross-tabulation between two dichotomous variables, when the conditions for a valid Chi-square test were not met (expected frequencies in less than 20% of cells being less than 5). An estimate was considered statistically significant if its p value was less than an alpha level of significance of 0.05. To measure the strength of the association between two categorical variables, such as the presence of certain risk factors and disease status, the odds ratio (OR) was used. For example, OR for the association between FMS having vitiligo equals the ratio of the odds of having FMS versus lacking it among cases to the similar odds among controls. The statistical significance of the measured OR was assessed by a special chi-square formula.

As shown in Figure 1, an obviously higher proportion of patients with vitiligo (12%) had a verified diagnosis of FMS compared to controls (7%), but the difference observed failed to reach the level of statistical significance in the total sample. Vitiligo increased the risk of having FMS by 81%. 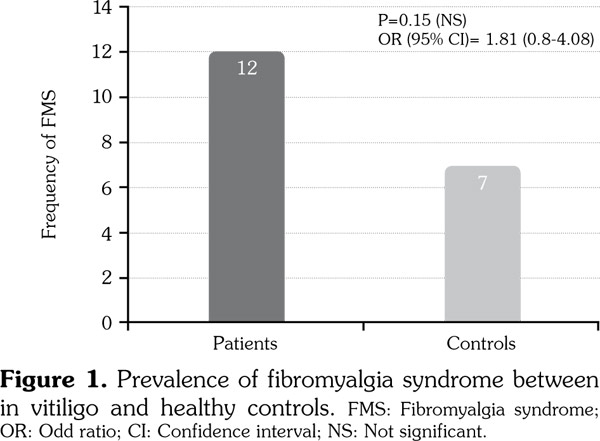 Table 1. Risk of having selected features for vitiligo patients compared to healthy controls
×

All the tested features were either significantly or obviously more frequent among patients with vitiligo compared to controls (Table 1). The risk of having cognitive dysfunction, nonrestorative sleep or mood disorders was increased by 48%, 75% and 91%, respectively, among patients compared to controls. The risk of complaining of diffuse pain among patients with vitiligo was two times higher than that of controls. Vitiligo patients had a three times higher risk of complaining of fatigue than controls. 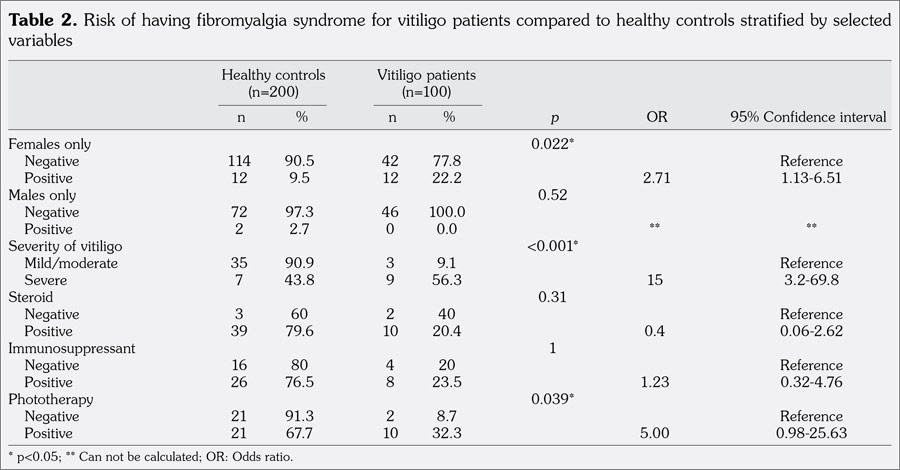 Table 3. Prevalence of fibromyalgia syndrome among female patients with vitiligo by selected variables
×

To the best of our knowledge, this is the first study to assess the relationship between FMS and vitiligo in Iraqi patients and show a higher prevalence of FMS in patients compared to controls.

The possible mechanisms of FMS in vitiligo may be related to: (i) association of FMS with autoimmune diseases and vitiligo,(7-11,19-21) (ii) triggering by physical trauma, psychological distress or emotional trauma,(3,15,22) (iii) depression and/or anxiety, which were reported to be increased in FMS and vitiligo,(16,23) (iv) genetic, neural theory, and neuropeptides, which were strongly implicated in pathogenesis of FMS and vitiligo.(4,24)

In this study, the prevalence of FMS in vitiligo patients was 12% compared to 7% of controls (OR=1.81, p=0.15), although the result was not statistically significant but clinically important. On the other hand, there is a study that showed that vitiligo was present in 1% of FMS patients and 2% of control group.(25)

In the present study, mood disorders (anxiety and depression) was found in 23% among vitiligo patients compared to controls’ 13.5%, which was comparable to the study by Karia et al.(28) who reported 8% for anxiety and 20% for depression.

Cognitive dysfunction (poor memory) was shown in 30% of vitiligo patients compared to the 22.5% of controls.

In light of our findings, we may state that in general, all individual FMS parameters were detected more commonly in vitiligo patients compared to controls, while the results were not statistically significant but were clinically important.

An interesting observation in our study was FMS being significantly more common among females with vitiligo (22.2%) compared to none among males with vitiligo (0%). Therefore, a sex stratified analysis was performed for the association between vitiligo and FMS, restricting the difference in prevalence of FMS to female sex only.

In the current study, the highest prevalence of FMS was observed among female vitiligo patients aged 25-44 years (35%) and the lowest rate was for those older than 45 years (0%). However, this association was not statistically significant.

We demonstrated that 56.3% of female vitiligo patients had the severe form, which significantly increased the risk of having FMS by 15 times compared to females with mild or moderate severity vitiligo (9.1%).

In this study, all FMS diagnoses observed among females were non-segmental/generalized form of the disease (26.7%) compared to none among other disease forms. This association failed to reach the level of statistical significance possibly because of our small sample size.

Furthermore, we detected an association between increased vitiligo disease duration and higher prevalence of FMS, although it was not statistically significant.

In this study, the use of steroids reduced the risk of having FMS by 2.5 times (inverse of OR=0.4) among females with vitiligo; however, the association was not statistically significant possibly because of our small sample size.

Body Mass Index showed no obvious or statistically significant association with FMS in contrast to another study that reported that obesity was associated with an increased risk of FMS.(29) This may be explained by the difference in demographic features of the study population and small sample size.

The main limitation of our study is the small sample size due to the short period of the study. Therefore, studies with larger sample size and longer disease duration are required to further validate the findings of this study.