Objective: An increase in the prevalence of physical and mental disorders, such as depression with aging, together with environmental factors, may cause deterioration in the quality of life. The present study was conducted to investigate the effects of the general state of health and personal characteristics on quality of life in elderly patients, and to evaluate the relationship between the level of depressive symptoms, pain intensity, and quality of life.

Materials and Methods: One hundred twenty individuals ≥65 years of age were included in the study. All subjects were evaluated using a questionnaire form, including items about demographic and clinical information (doctor diagnosed of chronic diseases, such as diabetes mellitus, hypertension, cardiovascular diseases, and hyperlipidemia). The intensity of pain was assessed by a visual analogue scale (VAS), quality of life was assessed by the Short Form-36 (SF-36), and the level of depressive symptoms was assessed by the Geriatric Depression Scale (GDS).

Results: The mean age of the subjects was 71.53±4.69 years; 88.3% (n=106) were females and 11.7% (n=14) were males. Chronic diseases were present in 80.8% of the subjects (n=97) and hypertension was the most prevalent disease (49.7%). There was a significant negative correlation between quality of life and pain intensity and level of depression. When evaluated according to educational status, significant differences were found between the groups in some quality of life parameters (physical functioning, social functioning, mental health, and bodily pain) and the GDS (p<0.05). When evaluated according to the presence of chronic diseases, significant differences were also found between the groups in physical functioning, social functioning, vitality, and bodily pain subscales of quality of life measures and the GDS (p<0.05).

Individuals over 65 years of age are currently classified as elderly. Aging is an inevitable process of every living organism and is associated with a decrease in the homeostatic control and reserve capacity of the organ systems, the ability to adapt to environmental factors, and the capacity of a stress response[1]. Dramatic changes in birth and death rates in the 20th century increase will reach 24 million in 2030[2,3]. The proportion of elderly in the entire population of Turkey in 2003 was 9.8%. Owing to the reduction in reproductive rate in the last two decades and the increased capability in the early diagnosis and treatment of chronic diseases resulting in an increase in survival, it has been estimated that this proportion will rise by 2-3-fold within 30 years[4,5].

Besides being an inevitable physiologic process, aging is one of the major causes of reduction in the quality of life due to its chronologic, biological, social, and psychological dimensions. A higher prevalence of chronic diseases and disabilities in the elderly compared to other age groups, and accordingly limitations in their social activities, lead to a reduction in the quality of life. Quality of life can be defined as an individual’s perception of happiness and satisfaction with life, and position in life in the context of the culture and value systems in which they live and in relation to their expectations, values and concerns in corporating with physical health[6,7]. Studies on health-related quality of life have evaluated the basic framework of quality of life and reported that it is composed of several dimensions, including physical function, social and psychological factors, life satisfaction, well-being, and awareness of health status[8]. Physical function dimension includes activities of daily living and effects of chronic diseases (if present) and their treatment modalities on physical functions. The social function dimension includes one’s relationships with family members, friends, and society. The psychological function dimension includes emotional states, such as depression, anxiety, fear, anger, and happiness[9,10].

Health maintenance and improvement in the quality of life in the elderly population can be possible by implementation of recommendations based on scientific research. The aim of the present study was to investigate the effects of general health status, personal characteristics and habits, as well as physical and social environment on quality of life in elderly patients, and to evaluate the relationship between the level of depressive symptoms, pain intensity, and quality of life.

The present study was conducted in 120 individuals ≥65 years of age admitted to Ondokuz Mayis University, Faculty of Medicine, Department of Physical Medicine and Rehabilitation between April 1 and November 30, 2008. All patients were informed about the objectives and contents of the study, and verbal informed consents were obtained.

All subjects were evaluated by a face-to-face interview technique using a questionnaire form including demographic and clinical information (age, height, weight, gender, marital status, educational status, occupational status, number of children, source of income, presence of chronic diseases, smoking status, sleeping problems, perceptions of aging with questions, such as ‘What do you think about aging?’ and ‘Do you feel old?’, and clinical diagnosis). Following the questionnaire, a quality of life measure, a depression scale, and a visual analogue scale (VAS) for pain intensity were performed.

Scales used in the study
Short Form-36 (SF-36): This scale has been used in many different languages and cultures to measure quality of life[17]. The validity and reliability of the Turkish version of SF-36 has been reported by Kocyigit et al.[18]. It is composed of simple questions on 8 subscales, including physical functioning, social functioning, physical role limitation, emotional role limitation, bodily pain, mental health, vitality, and general health. High scores on all subscales of SF-36 reflect better quality of life, and reduction in scores indicates deterioration in quality of life. The scale was completed by patients under the supervision of a physician in order to obtain more accurate results.

Geriatric Depression Scale (GDS): This screening instrument includes 30 items evaluating the level of depressive symptoms within the last week. It is a selfestimated scale and the items are responded to yes or no. It has been developed by Yesa-vage et al.[19] and the validity and reliability of the Turkish version has been reported[20,21]. High scores indicate a high level of depressive symptoms. In the Turkish version of the scale, no cut-off value to define the risk for depression has been reported. Therefore, GDS scores were not compared with other variables in our study. Turk J Rheumatol 2010; 25: 165-73 Akyol et al.

Pain Visual Analogue Scale (VAS): The patients were asked to mark their intensity of pain on a 10 cm horizontal line with “no pain” on one end and “unbearable pain” on the other end.

When the study population was grouped according to age and educational status, non-normally distributed variables (SF-36 role physical and role emotional subscales, and pain VAS) were analyzed by Kruskal-Wallis analysis, and normally distributed variables were analyzed by oneway analysis of variance. When a statistically significant difference was noted, Tukey’s multiple comparison test was performed in order to demonstrate the difference between the groups. Spearman correlation analysis was performed to evaluate the relationship between quality of life subscales, depression, and pain intensity because not all variables were normally distributed. The level of p<0.05 was accepted as statistically significant. 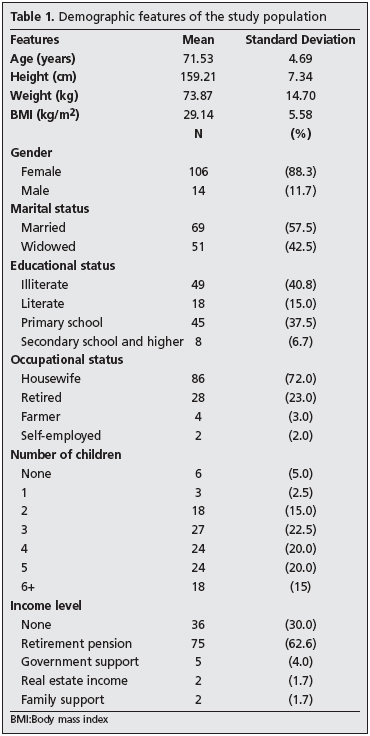 Table 2. The distribution of patients according to their clinical features, habits and perception of aging
× 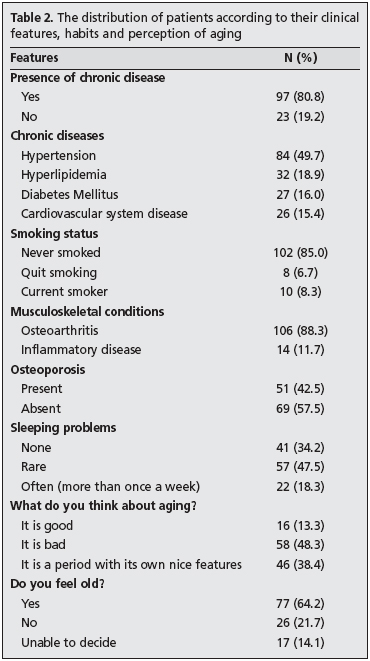 A significant negative correlation was found between quality of life and pain intensity and level of depression (p<0.05; Table 3).

Table 3. The correlation between quality of life and pain intensity and level of depression
× 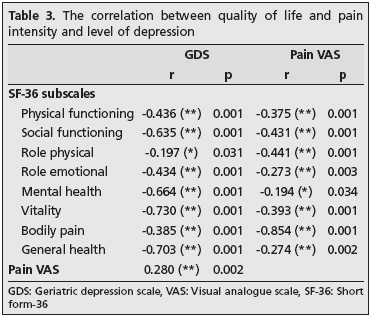 Table 4. Assessment of pain intensity and quality of life according to age groups
× 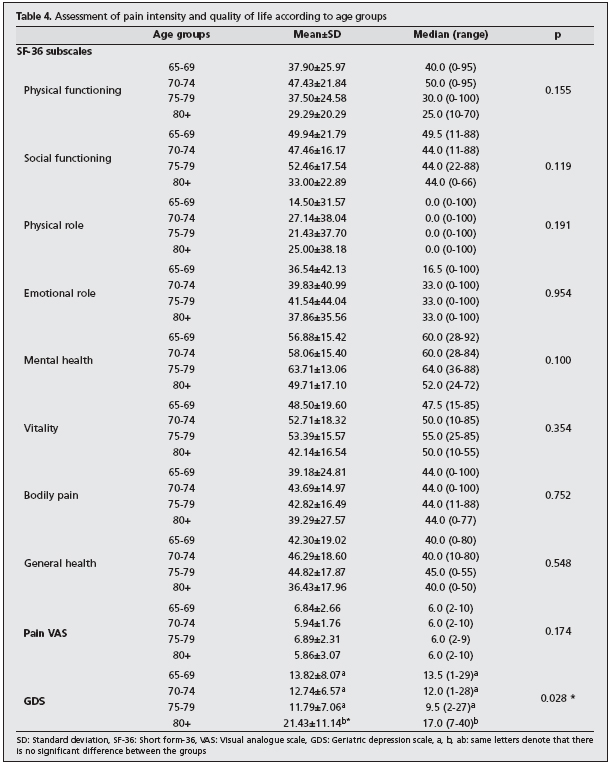 Table 5. Comparison of quality of life, pain intensity, and level of depression according to gender
× 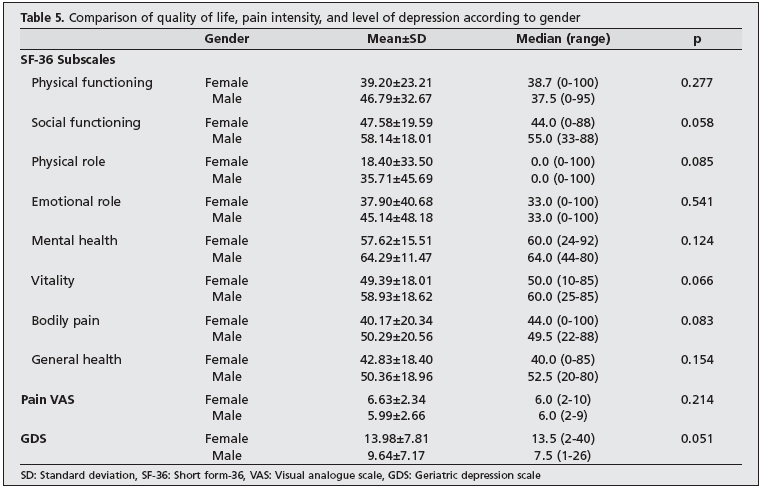 Table 6. Comparison of quality of life, pain intensity, and level of depression according to educational status
× 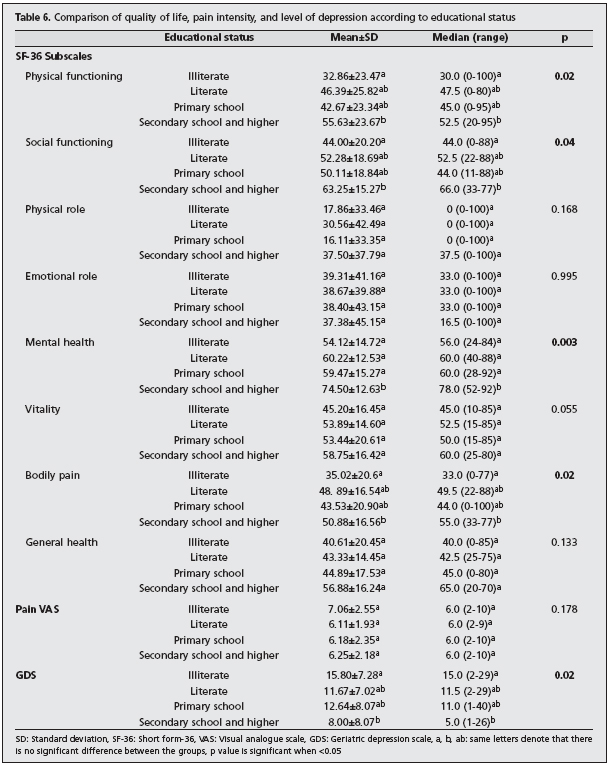 Table 7. Comparison of quality of life, pain intensity, and level of depression in subjects according to presence of chronic disease
× 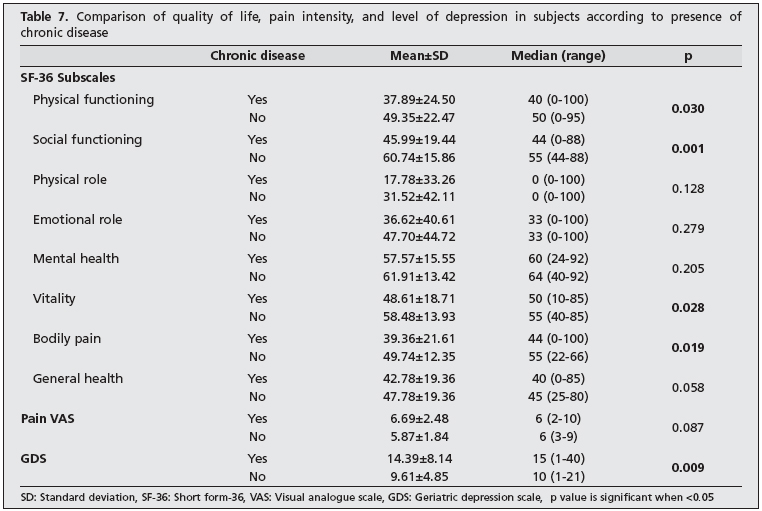 The present study was conducted in order to determine the effects of the general state of health and personal characteristics of elderly patients on quality of life, and to evaluate the relationship between the level of depressive symptoms, pain intensity, and quality of life.

Most of the subjects in the study population were females. Although this might be an incidental finding, it might also be due to the longer lifespan, higher prevalence of symptoms and diseases, and also higher admission rates to health care services in females. In a Spanish cross-sectional study conducted in 3030 individuals >60 years of age, it was reported that females had a higher rate of admission to health care services compared to males[22].

Canbaz et al.[29] reported that the most frequent chronic diseases in the elderly were hypertension and cardiovascular system disease. Arslan et al.[30] reported that hypertension was the most frequent chronic disease, following osteoarthritis, heart failure, and diabetes mellitus. Orfila et al.[31] reported in their cross-sectional study, including 544 participants, that the higher prevalence of disease and chronic conditions (mellitus, depression, arthritis, and reduced functional capacity) was the main reason for a reduction in the quality of life in the elderly. The relationship between quality of life and chronic conditions was investigated in a multi-center study conducted in eight different countries, and chronic conditions (allergy, arthritis, chronic heart failure, chronic pulmonary disease, hypertension, diabetes mellitus, and ischemic heart disease) affecting quality of life were similar, despite variation in prevalence between countries[32]. Chronic diseases were present in 80.8% of the present study population. Hypertension was the most frequent chronic disease, followed by hyperlipidemia, diabetes mellitus, and cardiovascular system diseases. Quality of life was lower and the level of depression was higher in elderly patients with systemic chronic diseases compared to those without.

It has been suggested that problems affecting the health status of the elderly should be determined and solved in order to improve quality of life[29]. Insomnia is among the most common health problems in the elderly[2]. Smoking is a significant risk factor for major causes of morbidity and mortality in the elderly, including heart disease, stroke, chronic pulmonary disease, and lung cancer[33]. In the present study, smoking status and sleeping problems were also questioned; accordingly, of the individuals 8.3% were smoking, whereas 47.5% and 18.3% were reported that they had sleeping problems åoccasionally and more than once a week, respectively. Moreover, 48.3% of individuals generally considered aging as an awful period.

In the present study, it was shown that quality of life was not changed by increasing age or gender in individuals >65 years of age, while it was influenced from an educational status and the presence of chronic diseases. The level of depression and pain intensity negatively affected the quality of life.

In conclusion, the presence of chronic diseases, depression, and pain were factors reducing the quality of life in the geriatric population; thus, educational programs aimed at modifying lifestyle and nutritional habits predisposing for chronic disease, depression, degenerative, and inflammatory diseases in these individuals should be provided to the target population by primary health care institutions, as well as written and visual media. Screening programs should be instituted for the early diagnosis of the above-mentioned conditions, and patients should be monitored regularly for treatment compliance following diagnosis. In order to achieve these goals, social security policies should be revised in accordance with the needs of the elderly population and geriatric health centers with qualified staff, including social workers and geriatrists should be established.